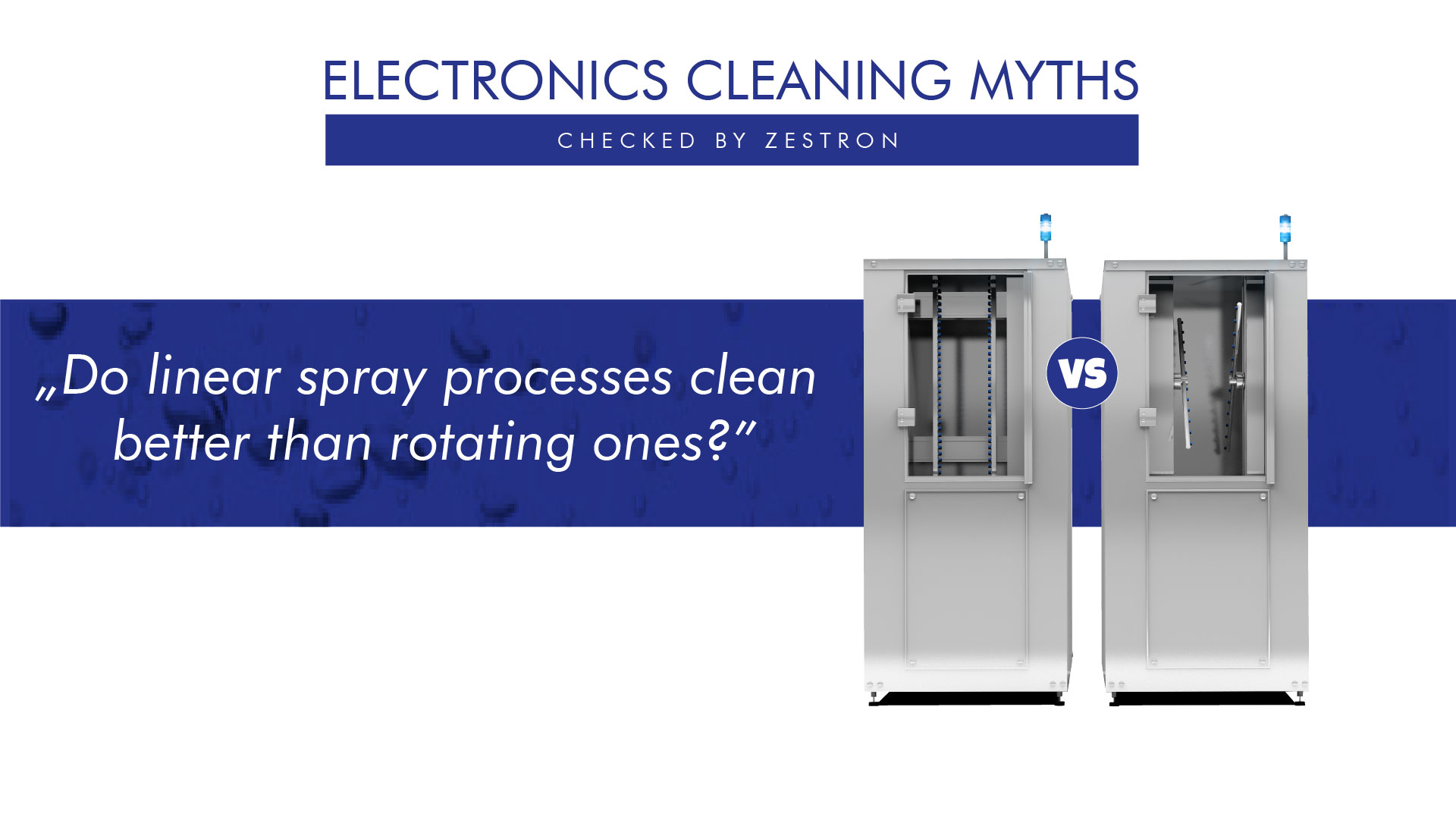 „“The higher the spray pressure, the better the cleaning results? With No Clean production, cleaning is generally not needed? Always shadowing in batch machines? Spray processes are better than dip tanks“

Did you ever come across these questions about electronics cleaning? ZESTRON checked these myths scientifically -independently from machine manufacturers, technically well founded and transparent. Convince yourself.

A frequently heard statement says that cleaning systems with linear spray arms would be better than systems with rotating arms. Because only linear systems would deliver reproducible results.
But let’s first look at the cleaning principle of both systems.

▸ Functionality of both systems 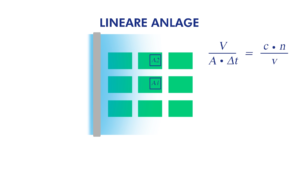 The linear movement of the spray arm suggests, that all parts receive the same volume of cleaning agent for the same time span.

Mathematically speaking, the volume of cleaning agent hitting a specific area in a time interval, is equal to a nozzle and arm specific constant divided by the linear velocity across the specific area multiplied with the number of passages of the arm in the time interval.

In a linear spray system the spray arm velocity is the same for every location, hence the specific volume is equal everywhere and the parts A1 and A2 see the same conditions. 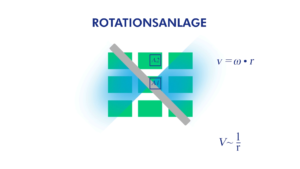 That would mean: While cleaning conditions in rotating systems vary, in linear systems they are the same for every part – regardless of the part’s position in the system.

ZESTRON puts the myth to the scientific test bench

Does it mean that only linear spray systems deliver reproducible results? What if this myth was true?

We selected one cleaning machine with linear spray arms and one system with rotating arms and ran some comparative trials.

We checked the cleaning agent distribution along the spray arms during operation. The cleaning agent volume in the linear system shows hardly any difference between the positions. Whereas in the rotating system, the volume at the center is higher.

By defining a glass test board with test flux and different components and standoffs we were able to check the cleaning performance of both systems under components. 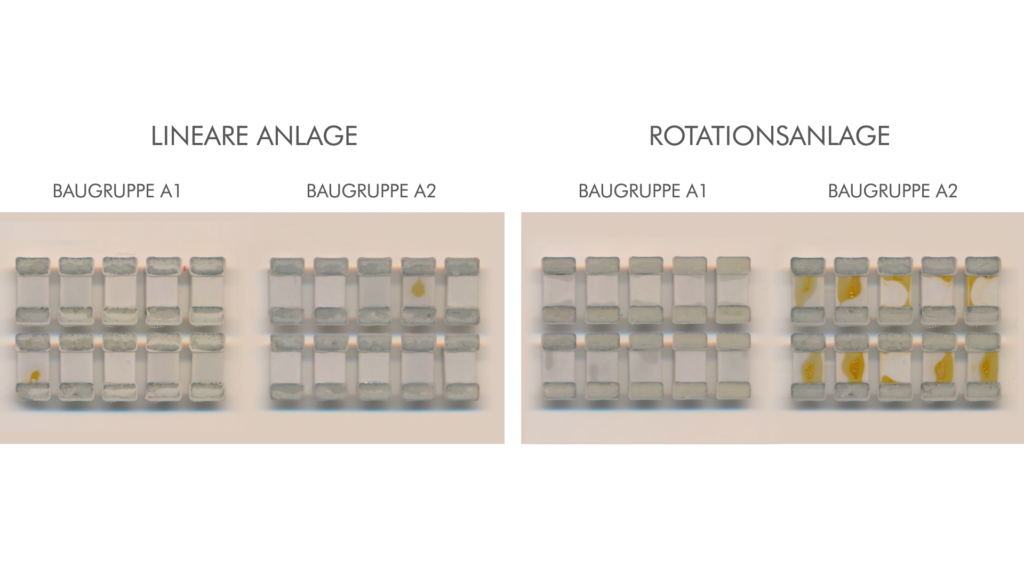 Are linear spray processes better than rotating ones?

In thelinear system, the tests show the same, reproducible cleaning results under components of the assemblies in the positions A1 and A2.

The test results show: Theoretically, the myth that only linear spray arms deliver reproducible cleaning results is true, BUT: Only if the movement of the spray arms is considered in isolation, provided that all other influencing factors on the cleaning process such as spray pressure and volume are identical. But this is not the case with systems on the market.

Are you interested in the trials’ details and would you like to better understand the different systems? Please feel free to contact us for detailled information

It is often claimed in the market that assemblies in systems with rotating spray arms do not experience uniform cleaning conditions. It is assumed that the parts are exposed to different cleaning time spans and cleaning volumes depending on their position inside the cleaning chamber. In contrast, the conditions in systems with linear spray arms would always be identical.

To check the myth, ZESTRON carried out some comparative tests:

Is the myth true or false?

Are linear spraying systems better than rotating ones?

Request the trial‘s details and find out more about the different systems.

You will receive personal access data to a presentation held by one of our engineers.

Haben wir alle Ihre Fragen beantwortet? / Have we answered all your questions?

In the settings you can find out which cookies we use or turn them off.

This website uses cookies so that we can provide you with the best possible user experience. Cookie information is stored in your browser and performs functions such as recognising you when you return to our website, and helps our team understand which sections of the website are most interesting and useful to you.

This website uses Google Analytics to collect anonymous information such as the number of visitors to the website and the most popular pages.

Please activate the absolutely necessary cookies first, so that we can save your settings!